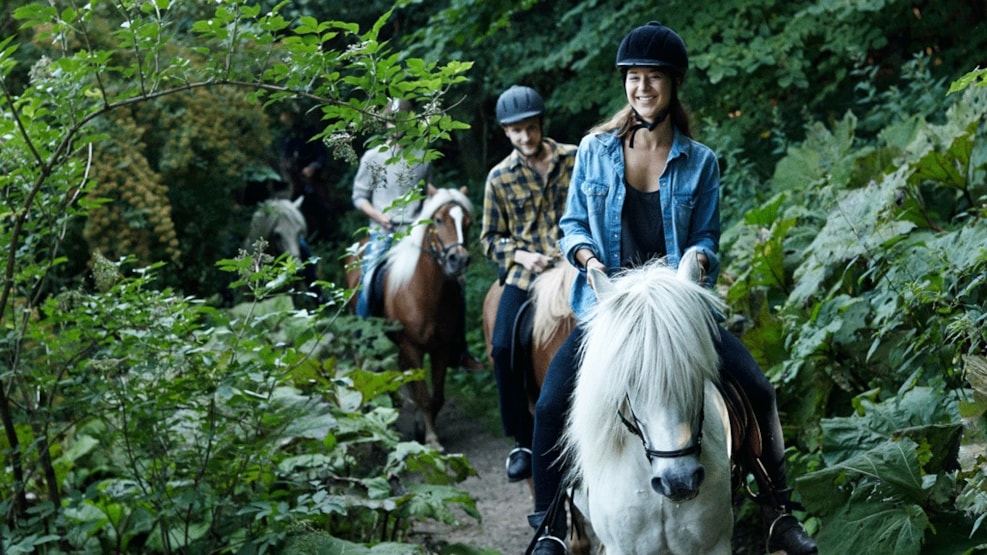 Horseback riding is a wonderful way to experience Rold Forest and is allowed in most of the state-owned parts.

It is possible to hire a guide and horses at Rold Skov B&B.

Horseback riding is allowed almost everywhere in the northern part of the state forest, except for burial mounds and other ancient monuments. You can download a map with an overview of the riding-paths in the northern forest.

It is allowed to ride in most of the southern part of Rold Forest. However, you are only allowed to ride on the marked paths from the black line and further north, seen on the map over the southern part of the forest. The restriction of horseback riding, in this area, is due to the animal life, including the red deer. The black line at the top of the map marks the border.

Regulations for riding in state forest:

Where can you ride?