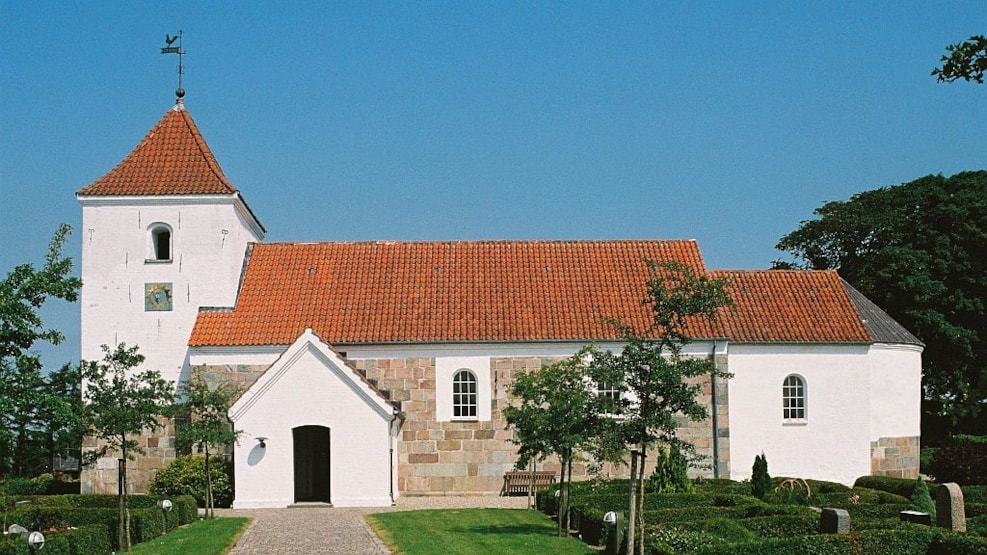 The church was built in 11-1200.
In the church you clearly see that it is influenced by the squires from the castle “Nørlund”.

It is thought that the church was built on a place, that also was a religious place before the Christianity. This is among other due to the presence of a burial mound in the cemetery.

A runic stone (raised by a man named Asser) can be seen on top of the mound, which is also a burial plot for the Bluhme family of “Nørlund”.