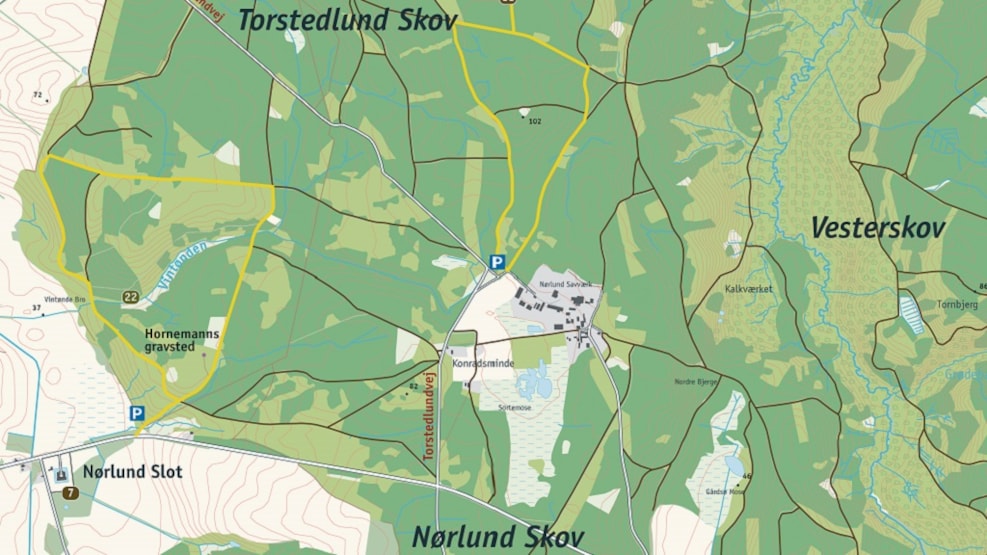 Nørlund and Torstedlund forests are privately owned, and must only be entered in accordance with the regulation for private forests, which are;

On the map over Nørlund and Torstedlund forests, you will find three hiking routes (OBS. the map is only in Danish).

One route passes by the Airmen’s Stone (11), in Danish named Flyverstenen. The stone is a memorial dedicated to a British bomber which crashed in April of 1945.

Another trail passes by the grave of the last private owner of Nørlund Castle, Georg Alexis Hornemann. He is buried with his horse and two dogs.

The last trail passes by Manepælen, where legend tells that a large stake was used as a spear to impale a witch,  and that the stake ensures that the witch cannot rise from her grave.

These trails have been marked with yellow on the map and in the forest.

View the map of Nørlund and Torstedlund forests here.  (Only in Danish)