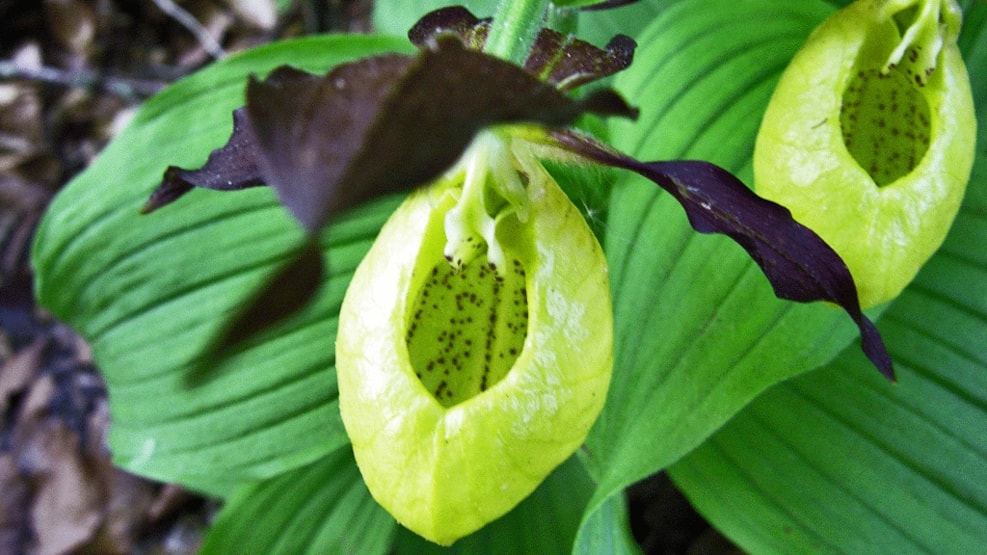 The Lady Slipper Orchid is the largest orchid species in Northern Europe and the rarest orchid species in Denmark. The only place to view the Lady Slipper Orchid bloom, is at the hillside in 'Bjergeskoven' northwest of Skørping. The orchid blooms every year in the beginning of June, but only for about 2 weeks. It was first discovered in 1880, but was almost exterminated by careless poaching.

The future of the Lady Slipper is dependent on the measures taken to preserve it. Unfortunately, it has been necessary to fence in the orchids growing here, to protect them from being taken. The measures appear to be working, since each year more and more orchids can be seen blooming again. While progress is somewhat slow, it is still a great success story, considering the species was nearly exterminated.

In July you can also see another rare species of orchid bloom at this hillside, the red helleborine orchid.

All orchid species in Denmark are protected and cannot be removed.