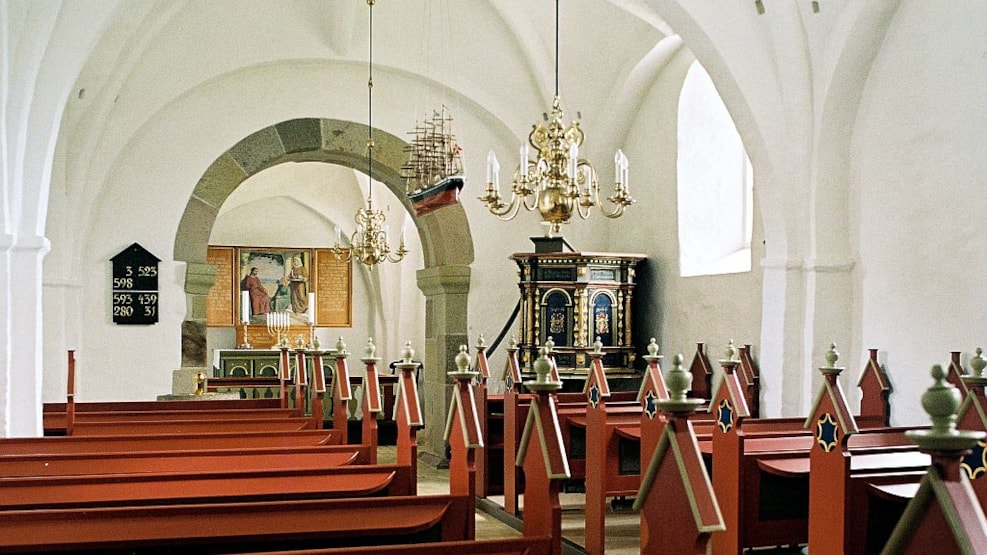 A Romanesque church from the 12th century.
The church bell is equally old.

The tower was added around 1500.
In the southern wall of the choir you can see a stone formed as a funnel which is probably a “piscina”, the purpose of which was leading the baptismal water away in Catholic days.

The Communion table is probably Romanesque and consists a saint’s tomb.
The pulpit is from 1593 and carries the seals of the owners of the manor Tustrup.