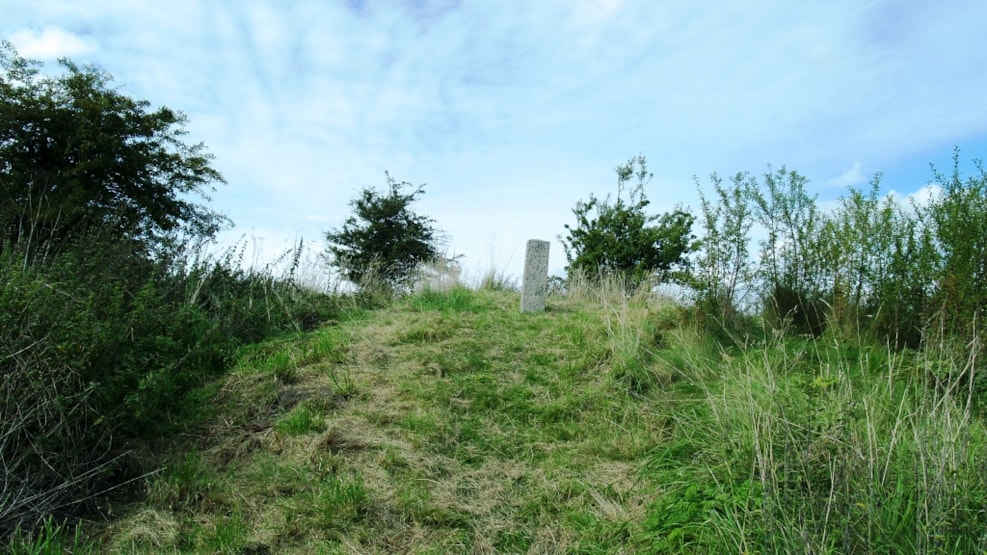 North of Rold Skov, towards the stream Lindenborg Å, is castle mounds Egholm Castle. The place was previously surrounded by oak scrub–hence.

The construction is of the same age as other forts and places for refugees, which can all be dated back to 14th century’s riots. In the 14th century, large part of the country was pledge to Danish and Holstein magnates. When Christoffer 2. Died in 1332, the country was without a king for 8 years, and turmoil was brewing and oppositions blazed up many places. The magnates with pledge in the country, stayed, with good reason, protect behind fortresses.

Before Egholm Castle, another precursor was located 200 metres south of the Egholm Castle mounds. At this location, the remains of a fortified tower of wood, from around 1334, was found. However, soon hereafter the building of Egholm Castle with its moat, two castle banks and brick buildings. In 1374, King Valdemar 4. bought the property Egholm, which was possibly coerced. Dronning Margrethe inherited Egholm, and donated it to Aalborg Monastery under the condition that the castle was demolished.

Today, the castle bank is a partly overgrown mound covered with wind-swept hawthorn, slow bush and a few wild rosehip. However, some of the bricks from the collapsed ramparts can still be seen, and is considered a remarkable monument from the Middle Age in Himmerland.