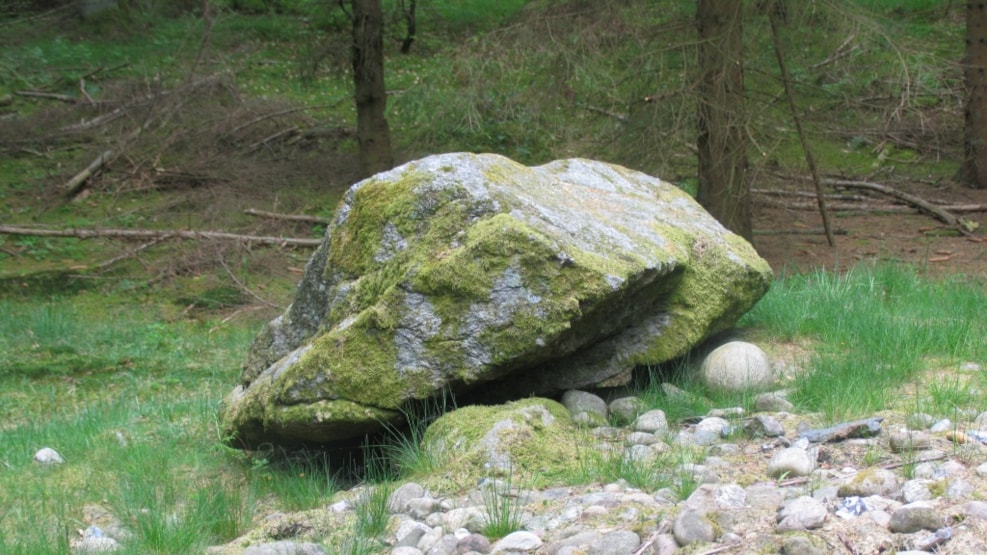 The stone was used in the beginning of 20th century, when the fear of tuberculosis was at its highest.

At that time, the Skørping Sanatorium did not have another cure for the disease other than rest, fresh air and walks in nature. Those patients, who was not confined to the bed, flocked to stone, where they threw a coin underneath the stone and made a wish to be healed. This custom might be connected to an older customs.

During the 19th century, people saw dolmens as sacrificial stones or sacred alters.