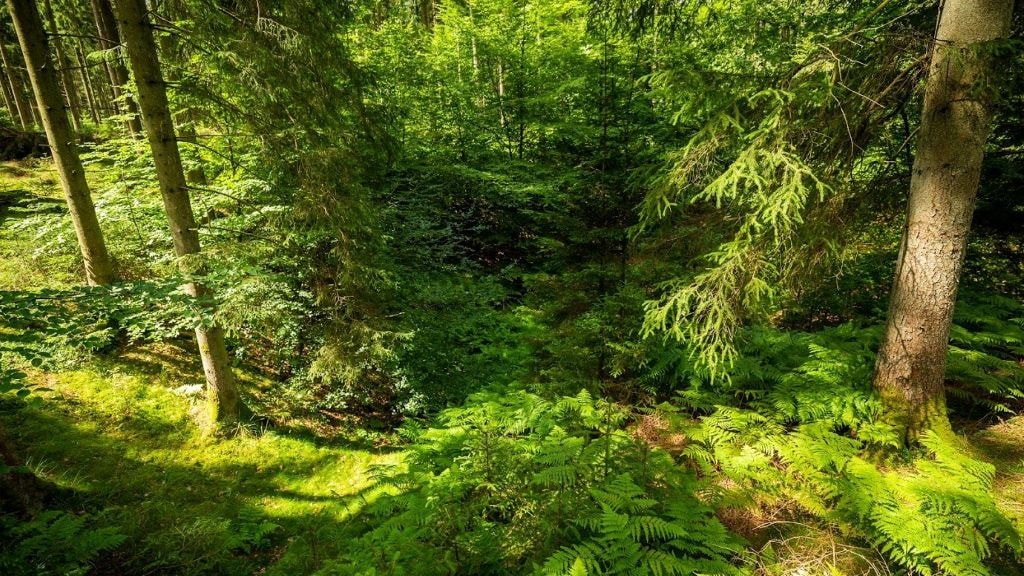 Røverstuen is a large circular sinkhole, which is about 12 meters deep and 35 meters in diameter.

Usually, a sinkhole emerges when rainfall mixed with humic acid seeps through cracks in the limestone, which will then dissolve the limestone and create a cavity. This cavity will grow larger over time, and the sinkhole is formed when the surface collapses. Sinkholes can be found many places in the forest at different sizes. However, the geological explanation for Røverstuen and Hestegraven is not quite that simple. The limestone is 50 metres below the surface, so other explanations must be sought such as hollows around the faults. Many of such mysteries concerning Rold Skov’s geology still exists.

At the Røverstuen sinkhole, it is said that in the old days, a gang of robbers used to live here. As the forest was more dense at the time, and due to the proximity to the road Roldvej, the sinkhole was a great hiding spot. Roldvej used to be a country road, and when travellers moved between Rold and Skørping, the robbers was alerted by setup tripwires, which were connected to bells, across the road. Then the robbers would come out of their hiding in the sinkhole, and rob the travellers.